You came through for me, my finger-crossing friends. The weather was gorgeous here today! Although the day started mostly cloudy and a bit cool, the sun broke through as we headed into the city and I’m happy to say that it stayed with us for the rest of the day. It actually got warm enough for me that I had to take my jacket off for awhile – win!

Our last day of vacation was spent just walking around London and taking in the sights. We didn’t go to any attractions – we just had a nice time seeing more of the city. We started by walking along the Queen’s Walk in Green Park. Because of the great weather, there were tons of lawn chairs out, people having picnics, kids playing, and just generally enjoying one of those rare London days when the weather is absolutely perfect to be outside in. Our walk eventually led us to Buckingham Palace, which was of course busy with tourists. Although this is a time of year when you can tour the State Rooms of the palace (since the Queen is on holiday every August and September), we didn’t go through them. People-watching and photo-taking from outside was just fine for us. 🙂

After the palace, our walk continued, leading us to Hyde Park. I had never walked through this park before, but it was beautiful! We didn’t go too far into it, but one of the things we did see was its rose garden. Obviously it’s kind of late for a rose garden to be in bloom, but I can imagine how great it would look if it was!

From our stroll through the parks, Scott said he wanted to see another London icon – Harrods. So we went to see it! It’s a pretty short walk from Hyde Park, though it took us into a busier part of the city, so if you’re thinking about going there, keep that in mind. We didn’t buy anything there (we didn’t even go in, actually), but it was cool to see it in person nonetheless.

The walking continues! Another thing Scott wanted to see was the Chelsea neighborhood. We were pretty much there already, so we continued to walk through it for about an hour, using a route Scott had found online. It felt like we walked quite a bit during this part of the day, which we probably did since we eventually found ourselves next to the Thames with Battersea Power Station looming over us from the other side of the river. That is such a cool-looking building!

As we finished our tour of Chelsea and we were looking at a map, I realized we were close to Earl’s Court. As you’ve already heard from me before, I’m a big Doctor Who fan, so I suggested we go to Earl’s Court to see the real, live police box that sits just in front of the Underground station there! I had actually visited Earl’s Court once before (when there was a Doctor Who exhibition there), but ironically, I never saw the police box. I’m still not sure if I missed it because it wasn’t there or I just wasn’t in the right area, but I’m happy to report that I did see it today and have the photographic evidence to prove it (see below). It was a great way to end the day!

Did I say we ended the day at Earl’s Court? Oops – we didn’t. We had one more famous London spot to visit! And another one I had never seen before, at that. We decided to make the trek up to Abbey Road to see the street cross the Beatles made famous. If you’re thinking of making the journey there, it’s actually very easy – you just take the Underground to St. James’ Wood via the Jubilee line and walk a few minutes up Grove End Road. Believe me, you’ll see at least a few people there trying to get their picture taken, so you won’t miss it. Remember that this is just a regular road crossing, so there’s traffic coming through regularly! We opted not to try to get a picture of us crossing the road, instead settling for pictures of the street and the street sign. That was good enough for me!

Speaking of pictures, check ’em out!

Walking along the Queen’s Walk in Green Park.

Some gorgeous flowers in front of Buckingham Palace. 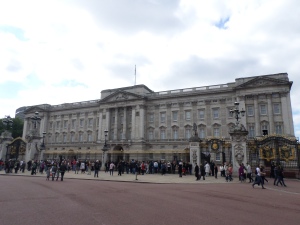 Buckingham Palace – not a bad pad!

I think this one is pretty self-explanatory. 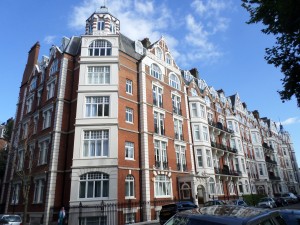 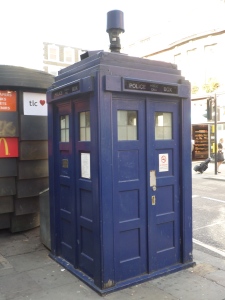 The police box at Earl’s Court.

The obligatory photo of me with the police box.

And that brings this amazing three-week vacation to an end! Don’t worry though – you haven’t heard the last of me yet. I’ll continue to use my blog to talk about travel and other fun stuff. And hey, who knows when I might have another great trip coming up? 🙂

Leaving On Another Jetplane