Well, we made it to London! The business class seat definitely made a difference. I’m not someone who sleeps on planes much, if at all, but when your seat lies flat, that quickly changes. 🙂 Thanks for making that happen, Bill!

We made it to the station and then to my friend’s house – super slick and easy using the Underground from Heathrow. I think I mentioned this while I was on my last trip, but if you’re flying into Heathrow, don’t hesitate to just take the Underground into the city. While you can take the Heathrow Express, that option is much more expensive (though it is quicker). For the four of us though, taking the longer Underground trip gave us a great chance to catch up.

We did run into one issue today when one of my friends unfortunately left his backpack, which had his iPad and passport in it, on a train. We did call the rail company, but no one turned it in and it’s not that likely anyone will. Thankfully, my friend still had his wallet on him, so he has a form of ID, and he also had the foresight to take a picture of his passport. He’s going to the US embassy tomorrow to hopefully get it sorted out. That can be turned into a great travel tip though – take a picture of your passport and even your luggage because it will make things that much easier if you do end up losing them.

After a bit of running around to deal with the passport stuff, we relaxed with some Doctor Who reruns at the house and then had a nice pub dinner. Be sure to check out a lot of pubs when you’re in London! I’ve never been to a bad one. 🙂 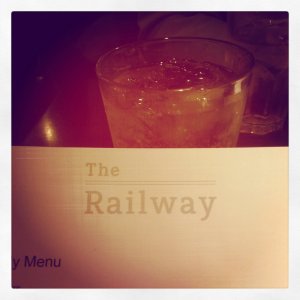 No plans for tomorrow yet (other than embassy stuff), but keep your eyes peeled for more updates!

Time Keeps on Tickin' Away - Friday in London