Although it took me several days to finally get through my first post about my time at this year’s Gallifrey One, I’m hoping I fare better with this one. Since I seem to often write posts for this convention well after the fact, I’m actually pretty excited to have one down and already be starting a second one while I’m still at the convention! Okay, so it’s Monday night (ahem, now Tuesday morning) and the convention is already over, but I’m still in LA, so it still counts.

After Wednesday’s fun in the sun in Santa Monica and Great Scott-ing it up at The Hollywood Museum’s Back to the Future exhibit, I had a solid plan with friends for Thursday. Continuing the trend of studio tours (I went on the Warner Bros tour in 2017 and the Paramount tour in 2019), my friend Felicity and I decided to do the one other big studio tour, which is at Sony (formerly MGM). We really enjoyed our previous studio experiences and thought it would be fun to check the last studio off the list. So plans were made and tickets were bought for the two of us (plus two other friends) to visit.

The story of this tour is interesting because, although the studios belong to Sony today, they were originally MGM Studios, so there a LOT of classic films were made in the sound stages on the lot, including The Wizard of Oz, Men in Black, and The Ring, just to name a few. As is often the case in the entertainment industry (and really in the world in general), nothing lasts forever, so this former home of MGM was restructured and reorganized a few times before going up for sale and being formally sold to Sony in the mid-2000s. No matter what it’s called now, it’s a really cool experience to walk through the spaces where so much magic has happened over the years.

As tours go, this one is very much on par with both WB and Paramount – walk around the studio lot, see some props, walk through a set or two (which may not always happen, depending on what’s filming that day), and learn about the studio’s history. One notable difference about this one is the fact that we did the tour entirely on foot, unlike the other two, which involved us being driven around in a golf cart-type vehicle at least some of the time (in addition to getting some steps in). Having been through all three now, I realize this one is all on foot because Sony just doesn’t have a big backlot to see, so it makes more sense to walk.

In terms of the tour group, I feel like we lucked out as the tours can be as many as 40ish people, but this one just had the four of us plus four others, which made it easier to talk to the guide and just have an overall better experience. Speaking of our guide, he was great! Super engaging and had a ton of great information about the studio and the business in general. Oh, and he happens to be a fourth-generation actor in his own right and is the grandson of actor Jackie Coogan, too. How cool is that?? If you go on the tour with Keith, you’ll definitely enjoy it!

The best way to experience this tour (you know, without actually visiting yourself) is to browse through my photos. Enjoy! 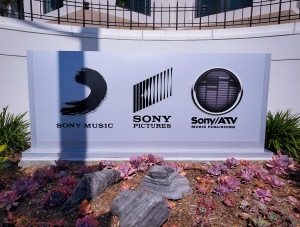 Our visitor pass, which we kept at the end of the tour.

Our first stop was inside the Studio Museum, which has all kinds of props in it. It’s not a huge space, but it has some neat stuff, like these props from Bram Stoker’s Dracula. 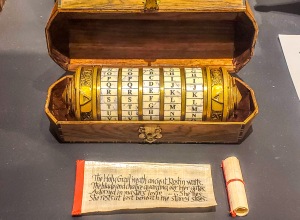 The cryptex from The DaVinci Code.

Props from the Men in Black films. 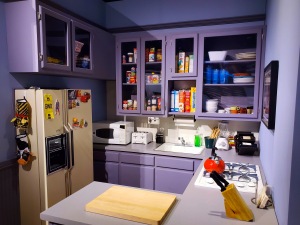 Although I never watched Seinfeld (not my kind of humor at ALL), it was cool to see this smaller-scale set of Jerry’s apartment.

I especially liked this old computer in the corner of the apartment. Just like the ones I used in junior high! 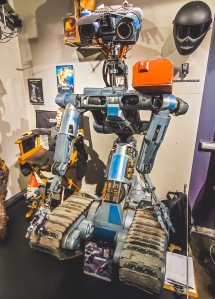 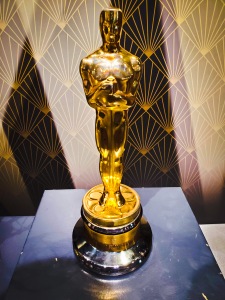 They had a real Academy Award there, too. This Oscar went to Robert Priestley for Best Color Set Decoration for the film Picnic, won in 1956. Visitors can pick it up, too – it weighs eight pounds! 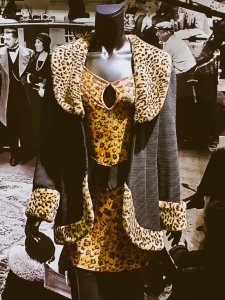 They had some costumes out, including this one worn by Katey Sagal in one of my favorite TV shows from my youth, Married…with Children.

I think this was from Men in Black.

Spacesuit from the film Passengers. 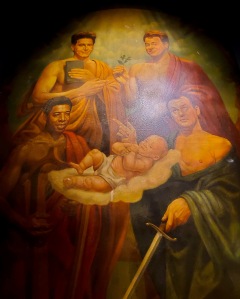 The painting from Ghostbusters 2. Love that one!

Spider-Man, as seen in the first trilogy of films (the ones with Tobey Maguire). 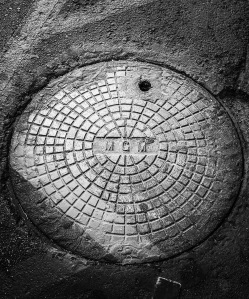 Out on the lot, Keith pointed out this manhole cover, which is one of just three that still says MGM on it. The foundry that made these covers no longer exists, so once they’re gone, they’re gone (replaced with Sony covers). 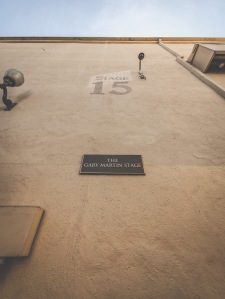 Stage 15 is the fourth-largest stage in the world and was the home of films like The Wizard of Oz, the first two Rockys, Air Force One, and more.

Stage 27 is, according to Keith, the tallest stage in the world and was Gene Kelly’s preferred rehearsal stage. It was also home to Munchkinland in The Wizard of Oz. 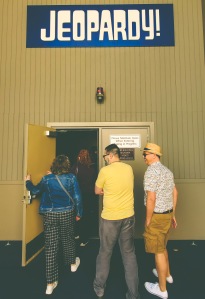 The studio’s two flagship game shows, Jeopardy! and Wheel of Fortune, have permanent, standing sets and a walkthrough of the Jeopardy! stage was part of our tour.

Just inside the door, visitors are presented with a fun photo opp. Of course we did it. 🙂 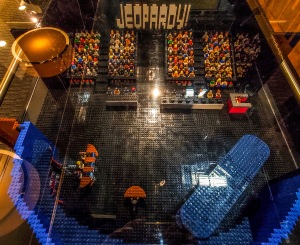 A Lego version of the Jeopardy! set. 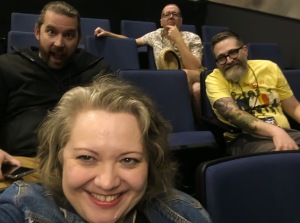 A groupie, courtesy of Felicity, of the four of us in the Jeopardy! audience seats.

The buildings on this part of the lot look very art deco. This is the Judy Garland Building, which houses Adam Sandler’s production company, Happy Madison.

This is the home of Foley work (post-production sounds) for the studio.

The Ghostbusters HQ from the newest film (the Melissa McCarthy version).

Also, the Ectomobile from that film!

I was very excited to see they had the original Ectomobile, too.

Looking at the front of the car. 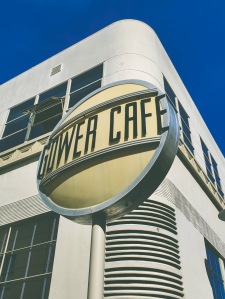 I really liked this Columbia Pictures sign and was hoping to catch a good angle of it, but this was the best one we got!

The water tower was built in 1937 and holds 16,000 gallons of water. It’s not actively used anymore, but is connected to the studio’s fire sprinkler system for emergencies.

Not pictured above (since photos weren’t allowed) is our stroll through the set of The Goldbergs, which I’ve heard of, but don’t watch. So cool to walk through the actual set where TV is made! And even though I don’t watch the show, it was really fun to see the 80s-era set dressings and props, like the glass bottle of Mrs. Butterworth’s and several 80s toys and posters.

What a fun experience overall! Having visited all three of the studios now, I stand by my assertion that Warner Bros has the most comprehensive and most interesting tour, with the most neat stuff to see. That said, this one was still very enjoyable, thanks in large part to our fabulous guide, Keith. I find it so fascinating to peek behind the curtain to learn more about how movies and TV are made and to see pieces of media history, even when those pieces are just the outside of a sound stage. I’ve learned some fun facts and seen neat props at all three studios and definitely recommend going on all three of the tours. Perfect way to spend a few hours in LA!

Post-tour, we walked around the area a bit, hoping to find a tasty, local place to eat, but alas, we didn’t. We gave up after about 20 minutes and decided to catch a Lyft to Paco’s Tacos instead. It’s pretty near the convention hotel and I had been there a few times before, but the rest of my friends hadn’t, so I was hoping they’d enjoy it. Thankfully, they did! It’s really good, authentic Mexican food with flavorful chips and salsa (that salsa is spicy though, so beware!) and I’ve enjoyed everything I’ve had there. Worth a visit!

Now that I’ve worked my way through not one, but TWO days of fun BEFORE the convention, I suppose I should blog about the actual convention now, right? Head over to this post to read all about my three days of Doctor Who fun!

One thought on “Sunny Sony Studio Tour – Pre-Gallifrey One Fun”

Sun, Santa Monica, & Time Travel - Gearing Up for Gallifrey One