Although we’ve been home for a few hours, it feels like we were moving all day! My Fitbit tells me we walked over seven miles though, so I guess we were on our feet quite a bit. But it was a great day nonetheless! With our first of two full days here, we wanted to tackle quite a bit. Here’s what we got to see:

I had a hard time narrowing down the pictures for this post, so basically…I didn’t narrow them down. Enjoy the expanded selection!

Getting ready to enter Tivoli. The “mountain” is what The Roller Coaster is built around/into.

Checking out the map of Tivoli. 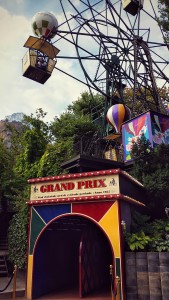 There are other rides, too! 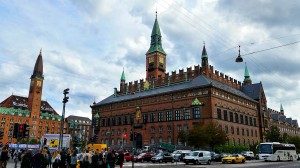 Approaching the Round Tower. 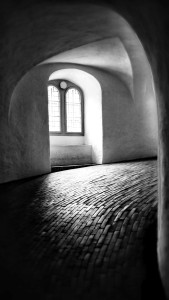 A peek at the walk up the tower. Like I said, no stairs (until the top, that is).

One of the two “privvys” (toilet rooms) in the tower. Fun fact – when the latrine pit the two toilets emptied into was finally cleaned out in 1921, eight truckloads of waste were removed. Gross. 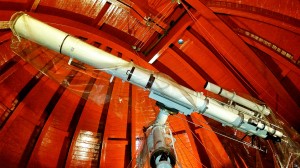 The telescope in the tower’s observatory. 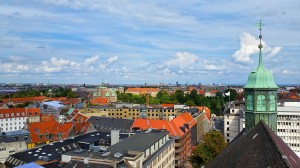 The view of Copenhagen from the rooftop.

Looking towards the altar of Trinitatis Church.

Another good set of pipes. 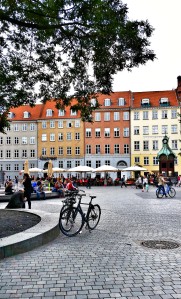 The view we had at the restaurant we eventually settled on for lunch.

Walking through the trees in The King’s Garden.

On the approach to Rosenborg Castle from the gardens.

The crown of none other than Christian IV.

Denmark’s coat of arms, as seen on the ceiling of the Long Hall, where the Throne Chair of Denmark is held. 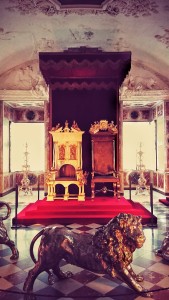 Speaking of thrones, there it is! Legend says the throne (the white one on the left) is made from the horns of unicorns.

Not sure what this room is, but it sure is fancy!

It has a fancy astronomical clock in it, too. 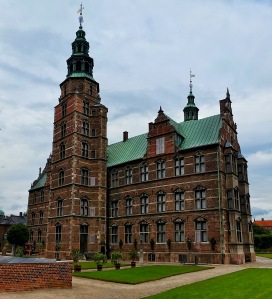 I got a much better shot of the castle on our way out.

The lack of flash made this picture look not as amazing as I’d hoped, but it’s still pretty cool.

This picture, on the other hand, I absolutely love. One of my favorite shots from this whole trip!

We made a quick detour to see some of Nyhavn on the walk home.

Hope you enjoyed that quick tour of our day in Copenhagen! As I said earlier, I’m not vibing with Copenhagen as much as I thought I would, but I’m looking forward to seeing more of it tomorrow. Maybe the city will grow on me!