It’s already Saturday night, which means we’re moving on to Helsinki, Finland tomorrow and that we’ll be home in just about a week. It’s crazy how quickly time flies by! Still, we made the most of our last day in Copenhagen, despite some roadblocks along the way.

Wait, roadblocks? Unfortunately, yes – some of our plans just didn’t come together today! But that happens when you travel and you just have to roll with it. Read on to hear about what we did (and didn’t) do.

Because of all the to’ing and fro’ing, we still put in a LOT of steps today, so by the time the canal cruise was over, we were ready to have a meal (aside from what we ate in our apartment before we left and the aforementioned delicious pastries, we hadn’t yet eaten!) and head home. We were craving Italian, so we turned to Google Maps, which lead us to Ristorante Friscati, which proved to be a good choice! Nice, crusty bread, very tasty caprese salad, and great main courses. Like every other restaurant, it’s expensive, but we were so happy to sit down, put our feet up (so to speak), and eat that it didn’t matter. If you’re looking for good Italian food in Copenhagen, check this place out!

Now, onto the pictures!

Looking up at Church of Our Saviour.

We spied a bell or two on our walk up to the top.

Great views from (almost) the top!

I took this picture to try and give some perspective of what the exterior staircase is like. As I said above, traffic runs in both directions and there’s just a regular railing between you and the open air, so be safe! 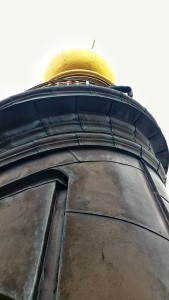 Looking up at the very top of the spire.

Another shot of the view of the city taken at about ten steps from the very top. 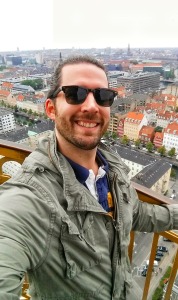 Because the staircase just dead-ends at the top, I took this selfie from slightly lower down. Safety first, after all!

The entrance to Christiania. 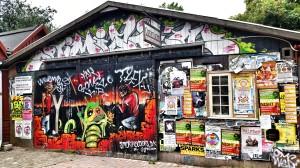 There’s some really colorful artwork all over Christiania. 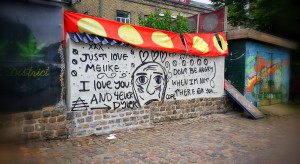 I could feel the emotion coming through this piece of art. 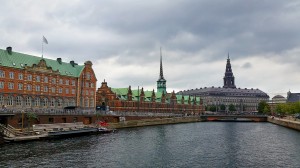 The building with the green roofs and tall spire is Børsen, the former Danish Stock Exchange, and was completed in 1640.

As close as we got to Christiansborg Palace. 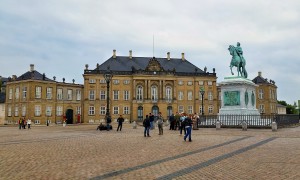 A passing photo of part of Amalienborg, home of the Danish royal family. 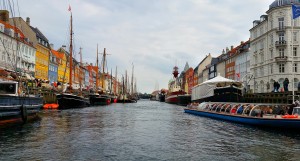 Getting started on our canal cruise. Copenhagen feels very much like Amsterdam here! 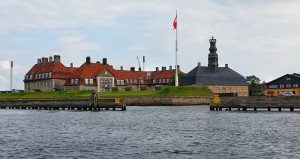 Nyholm Central Guardhouse, which was built in 1745. 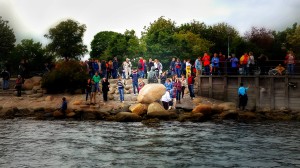 Catching a glimpse at the Little Mermaid statue.

This shot of Fredrik’s Church was framed so perfectly that I just had to capture it!

Another look at Church of Our Saviour.

Our guide told us exactly how old this bridge is, but of course I forgot. Oops!

This brings our Copenhagen chapter to an end! It was an enjoyable one, but I can’t say I connected more with the city today, perhaps due to all the roadblocks we ran into trying to see what we wanted to see. I’m definitely glad we came though! We saw a lot, enjoyed our apartment, and expanded our travel horizons that much more.