So much for getting my first Sweden post done yesterday! What can I say? Vacation gets in the way. 🙂 We didn’t do a heck of a whole lot yesterday though, but here’s a quick recap.

We caught our last SAS flight from Helsinki to Stockholm yesterday and it was a quick one – only about 45 minutes from takeoff to touchdown. We once again availed ourselves of Uber to get to the airport in Helsinki and we were considering doing the same thing to get to our new apartment in Stockholm (Uber operates here as well), but discovered when we landed that it would cost us ~$60 USD to do that (one way). While that’s not too bad when you split it between two people (like we would), we opted to instead take the Arlanda Express, a fast train that runs from Stockholm Airport directly to Stockholm S (Stockholm Central Station). The round-trip ticket price is actually the same as the cab fare (though you can get discounted tickets on certain days if you’re buying multiple tickets), but it’s much quicker, taking barely 20 minutes to get from the airport to the train station. Once there, you can pretty easily get around Stockholm, whether by Metro, taxi, or on foot. This is where we chose to use an Uber, even though our apartment is walkable from the station (about 1.5 miles), it was a bit rainy and we had our suitcases to drag along, so getting an Uber just made more sense.

Upon arrival at our apartment, we picked up the guys from the designated spot per our host’s instructions and let ourselves in. This apartment is the full-time home of our host, so she made sure to leave little notes around the house so we could find everything and also to call out things with “Private Please” which I totally respect. It’s her home, after all! Here’s a quick photo tour of the apartment:

Looking in from the front door.

The kitchen, which is to the left off that entrance hallway. 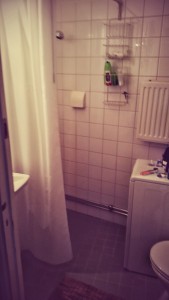 The bathroom, which is across the hallway from the kitchen.

The living room, which is at the end of the hallway (this is looking from the bedroom). 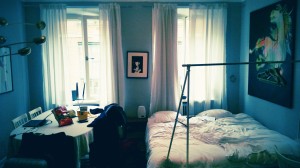 The bedroom. And apparently, also the dining room, based on that table. At least we get a big bed again!

Given our limited time in Stockholm, we wanted to get out and see a bit of the city after we got settled in the apartment. Here’s what we did:

And that’s all folks, for our first (half) day in Stockholm. Check out a few photos below.

Our tasty lunch at Meatballs for the People. 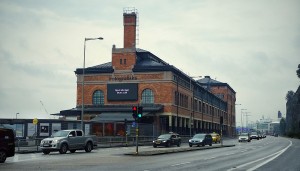 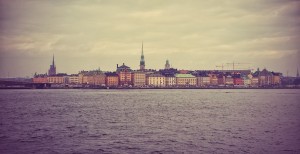 Quick shot of the Old Town from outside Fotografiska.

One of the many interesting photos to be found inside.

This photo was especially creepy (and cool).

The ferry for our canal cruise.

The Royal Dramatic Theatre as seen from our boat (it’s the smaller, gray building on the left).

I just appreciated the sun, blue sky, and cool colors in this photo.

Riding parallel to Strandvägen, one of the most prestigious streets in Stockholm (translation – it’s where you live in Stockholm if you’re rich and/or famous.

The Kaknäs Tower, essential for Stockholm’s TV and radio transmissions.

A boathouse built for the 1912 Olympics that’s now used as a rowing club.

Although this looks like it should be a really fancy/famous building, it’s actually a retirement home. 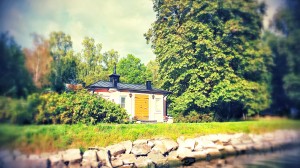 This little house was once used as a tollhouse to collect tolls from the merchant boats that came through the canal.

The Royal Palace of Stockholm. 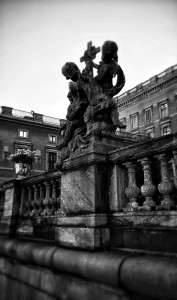 Statue outside of the Royal Palace.

Our vacation is just about over now – it feels that way because we just checked in for our flight home tomorrow. We’ve still got today in Stockholm though, so I’m looking forward to getting out and seeing a few more places yet today. First step – just have to get out of bed. 🙂 Look for the conclusion to Stockholm (and our trip!) soon!