How has another day of this trip come and gone already? And how am I already going home the day after tomorrow?! These are always the questions we grapple with at the end of a trip, aren’t they? But I’ll worry about them tomorrow night, when I’ve finished my last full day here. 😀

Today was another low-key day in terms of what I did, but wasn’t any less fun for it. Today was the day I got to catch up with my good friend Matt! You’ve likely read about Matt in this blog before – he’s my friend who lives in Brighton (well, Hove) and has run some Doctor Who events there that I’ve attended (read about them here and here) and I’ve known him for many years, so I always try to see him when I’m in the UK. When Brighton is already on my itinerary, it’s easy for us to meet, but since I wasn’t doing that on this trip, we actually originally made plans to go to Bletchley Park. After thinking about it and realizing the distance we would both have to travel, those plans kind of puttered out. Never fear though, as we made some back-up plans, had lots of time to catch up, and I still get to keep Bletchley on my to-visit list for the future.

So what did we do? We met up in Tunbridge Wells, which was a good middle ground as we each only needed to travel about an hour to get there. And another friend lives there, so we were planning to get a little time with her as well. And that’s exactly what we did! The three of us had a coffee (Coke for me – not a coffee drinker!) at the Hotel du Vin and enjoyed some nice company and conversation before Matt and I broke off to head to lunch at The Dorset Arms, a little ways outside of town. Why there? Because it’s near a Doctor Who filming location! Specifically, it’s next to Buckhurst Park, which was a filming location for the story Black Orchid in 1982. Matt recently went there and I had never been, so with the promise of a tasty pub lunch, catching up with him for the first time since my January trip, and a little Doctor Who thrown in for good measure, I was sold. It definitely veers into geeky territory, but it’s always fun to see filming locations in person, so I’ll do it if I get the chance.

After we finished lunch and a couple of photos of the filming locations, we intended to go to another filming location and point of geographical interest, Harrison’s Rocks (used in the story Castrovalva). Although we did find the parking lot, we didn’t actually manage to find the rock formation. Oops! The parking lot is surrounded by forested area, so we walked through that in a couple of different directions to try and find the rocks, but never did. I mean, there were a couple of people around the parking lot, so we could have asked, but just decided to head back to Tunbridge Wells to walk around a little more there instead. We decided to walk down The Pantiles, which is like the town’s high (main) street, just by the station. It was…underwhelming. Apparently it’s more interesting in the summer months, with frequent live music performances and a bi-weekly farmer’s market, but from what I saw, it’s just a street. And neither Matt nor I knew what the name even refers to, so we did a little sleuthing and found that pantiles are a particular type of paving (or roofing) tiles, but those tiles are nowhere to be seen in The Pantiles in Tunbridge Wells because…they were removed in the late 1700s! It seems they actually stopped calling it The Pantiles for about 100 years after that, but the name came back into use in the late 1800s. So we both learned something new and now you have, too. The more you know!

I did get a handful of pictures today – check ’em out below. 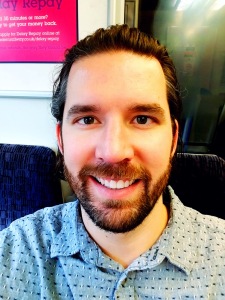 On the train to Tunbridge Wells. 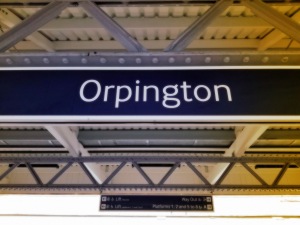 I connected in Orpington, a station I’d never been to before because it’s always further down the line than I need to go. Until today, that is! 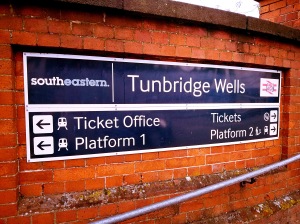 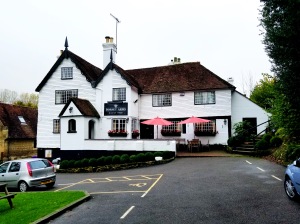 The Dorset Arms, where I had a tasty burger. 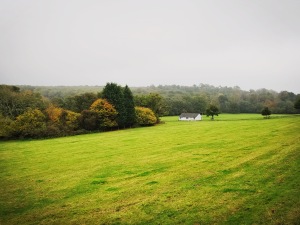 Looking towards the cricket pitch where some of Black Orchid was filmed. 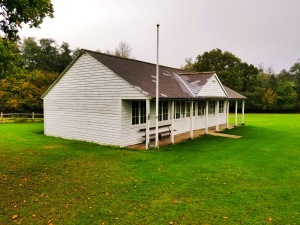 The cricket pavillion. The privately-owned home (not pictured) was also part of the filming, but since it’s not a public location, we couldn’t visit.

We saw several of these ponies roaming around! 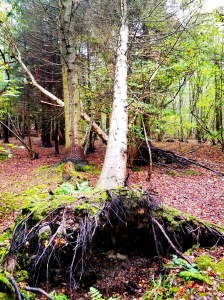 While trying to find Harrison’s Rocks, we found the big, uprooted tree. 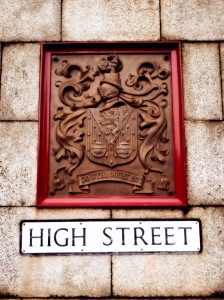 The start of The Pantiles. 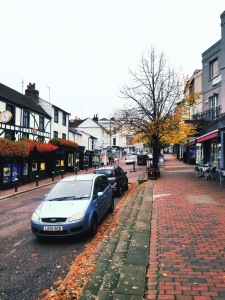 As I said above, it just looks like a regular high street. 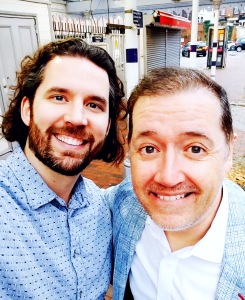 Selfie with Matt before we parted ways.

There was my Monday! I do look forward to days like this when I come to the UK – days when I get to relax and spend time with friends. I was hoping I would also get to see my friend Steve (who also lives in Brighton), but the timing didn’t work out, so we’ll have to wait until we’re both in LA for Gallifrey One again.

For now, I have one full day left on this trip, so let’s see what that brings me. I know I’ll do my traditional end-of-trip shopping and I still haven’t gotten a glimpse of Tower Bridge yet, so I might find myself there. Let’s find out tomorrow!